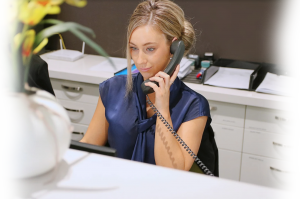 Dandenong Neurology & Specialists Group is a comprehensive service clinic specialising in Neurology, Psychiatry, Neuropsychology and Geriatric services. Our professional team of highly skilled neurologists, specialists and therapists, diagnose and treat all types of neurological and psychological disorders with a focus on providing our patients with a higher quality of life. 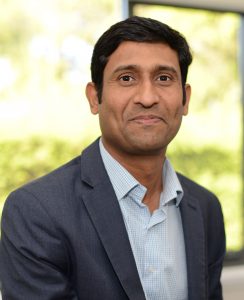 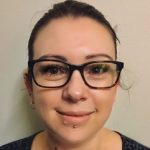 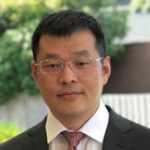 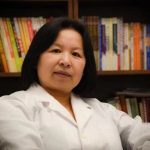 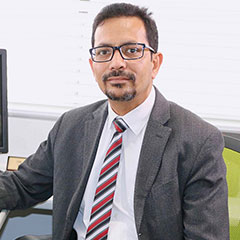 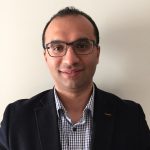 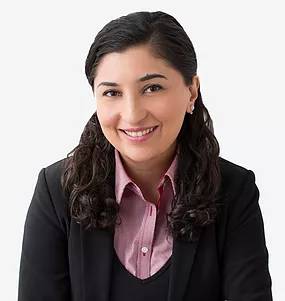 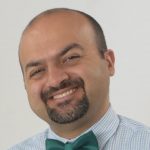 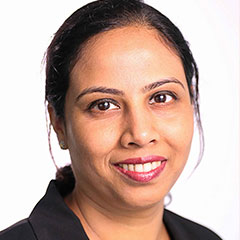 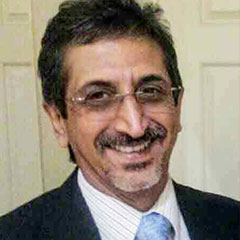 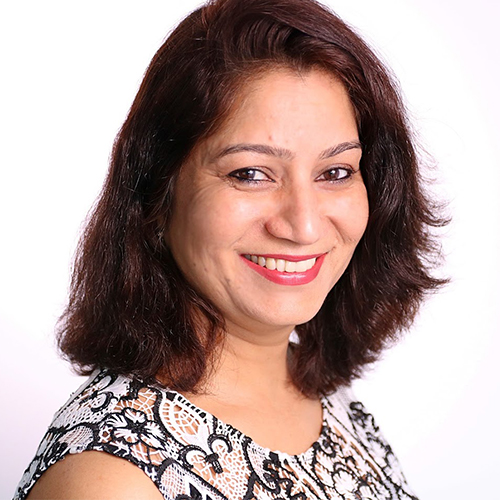 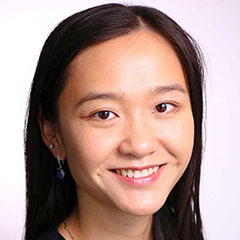 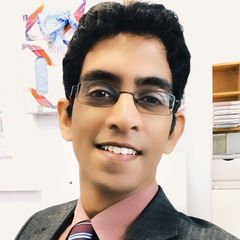 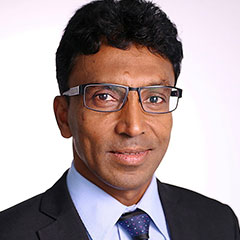 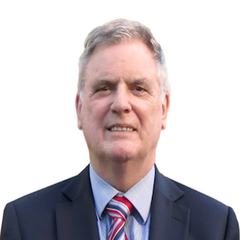 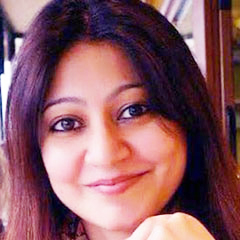 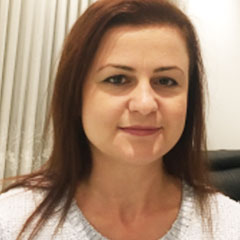 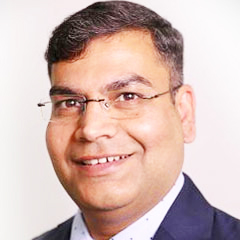 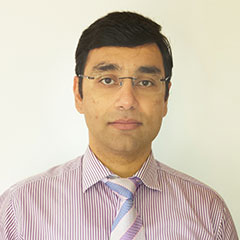 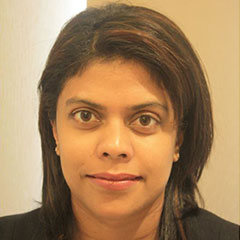 Our team of neurologists treats a variety of neurological disorders using the latest medical and alternative medicine advancements to give our patients a more enjoyable and productive lifestyle.

If you have any queries about our practice or would like to speak to one of our medical team members regarding your condition you may call us on (03) 9791 1599. For your convenience, you can complete our patient information form and schedule an appointment online to save some time upon your arrival to our facility. 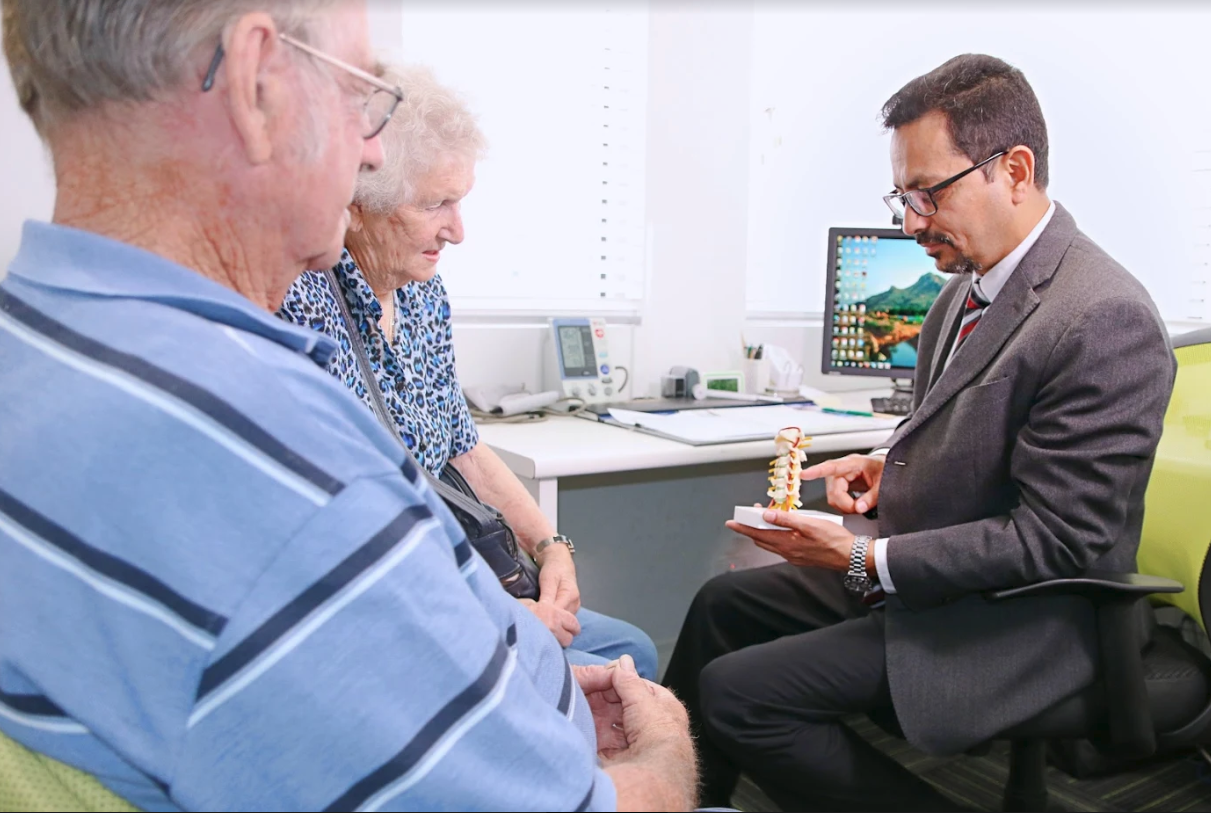 Unless otherwise requested, please bring the following to your neurological consultation:

We ask that you allow at least 45-60 minutes for your neurological consultation. Your neurologist may decide that it is necessary to order lab tests, x-rays and/or scans to confirm a diagnosis or to follow-up on treatments. While Electrophysiology tests can be done right here in our clinic, in some instances you may be referred to one of the places nearby.
You can rest assured knowing that your care and comfort will receive our highest attention. Please review our patient education materials for additional information about neurological disorders.

Upon arrival at our clinic please bring the following: 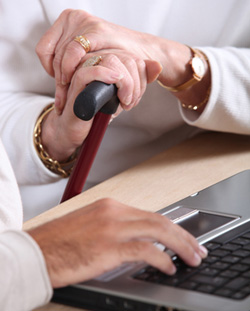 *If this is your first appointment, please arrive at least 30 minutes early to complete our patient information form. Click here for more information and to complete it online

Upon arrival at our clinic please bring the following:

*If this is your first appointment, please arrive at least 30 minutes early to complete our patient information form. Click here for more information and to complete it online.

Preparing for your Neuropsychological Assessment

Your neuropsychological assessment may last anywhere from 2 to 4 hours. We recommend that you get a good night’s sleep the day before your appointment. On the day of your appointment, you should eat a well-balanced meal. The neurological assessment is an interactive process that uses quizzes, games and other activities to measure your skills. We work at your own pace with scheduled breaks and complimentary beverages in a relaxed and comfortable environment. Click here for more details about the assessment.

AYURVEDA – The science of LONG LIFE

This is a complete and integrated system of natural health care which looks after the mental, physical and emotional sides of life. Ayurveda medicine is a system of traditional medicine native to India, which uses a range of treatments, including Panchakarma (‘five actions’), yoga, massage and herbal medicine, to encourage health and wellbeing. The aim of Ayurvedic medicine is to create such a state of balance or health that the individual experiences permanent and profound harmony in body, mind and senses.

Our Ayurvedic physician treats a few of the neurological diseases that are more common, including Alzheimer’s disease, Epilepsy, Migraine and Headache, Multiple Sclerosis, Parkinson’s disease, Paralysis and Sleep Disorders. It is also helpful in chronic pain syndromes.

Also, Ayurveda can help in some movement disorders such as Restless Leg Syndrome, Ataxia, and tremors.

Ayurvedic treatments for Parkinson’s disease centers on rectifying and balancing the vitiated Vata so that all the three doshas work in perfect harmony in the human body. Ayurveda considers Parkinson’s disease to be the result of vitiated Vata. It is Vata that controls the overall level of balances and activation of the nervous system in an individual. Ayurvedic treatments for Parkinson’s disease will be done after a complete analysis of the patient, time of onset, physical condition, history of the previous disease in the family etc. Ayurvedic therapies will consist of Panchakarma treatments and internal medicines. Vasti, Shirodhara, Ayurvedic massages and Sirovasti have been found to be effective in arresting the disease and aiding in the recovery process.

Ayurveda terms paralysis as Pakshavada, a disorder caused by the vitiation of Vata Dosha. Ayurvedic treatments for paralysis will aim to rectify the vitiated vata dosha. In the ayurveda system of medicine, Vata is responsible for the proper coordination of all voluntary movements in the human body. A constraint in the proper movement of vata can cause paralysis in a person.

Internal medicines are prescribed in addition to purification therapies like Vasti, Abhyangam, Kizhi, Sirodhara, Thalam and Njavara Kizhi to bring the patient back to normalcy after the removal of toxins. The purification process will be undertaken only after a complete diagnosis of the patient: the condition of the patient, duration of disease and whether actual cause of the disease is a hemorrhage, emboli or ischemia. Specific exercises will be helpful in some patients. Yoga and meditation is found to be very effective and is also part of the ayurveda treatment for paralysis.

The Ayurvedic treatment for multiple sclerosis is specifically aimed at treating the basic pathology of the disease, reducing the number of attacks, improving recovery from attacks, halting or slowing down the progression of the disease and treating immune dysfunction. As multiple sclerosis is due to vata and pitta excess, all ayurvedic treatments will aim at bringing back to normalcy the vata and Pitta dosha.

The treatment will include internal medicines for suppressing immune reactions in the brain and later for correcting disabilities. Treatment varies with each patient and no two individuals may be offered the same treatment. The major aspects of an ayurvedic treatment for MS include proper diet, healing supplements, yoga and ayurvedic therapies that nourish and empower the nervous system. The efficacy of ayurvedic treatments in helping to recover from disabilities and diseases and in the supportive aspect is unmatched.

Unless otherwise specified, please bring the following to your appointment:

Please don’t apply any cream/lotion on the part needed to be tested.

Unless otherwise specified, please bring the following to your appointment:

Neurological disorders range from mild pain like a pinched nerve to more severe conditions like brain tumors which require urgent medical intervention. Discovering that one or more symptoms apply to you doesn’t necessarily indicate a presence of a neurological disorder. However, you should consult with your primary physician at your earliest convenience to rule out any underlying problems. Your physician may refer you to one of our neurologists for further tests. 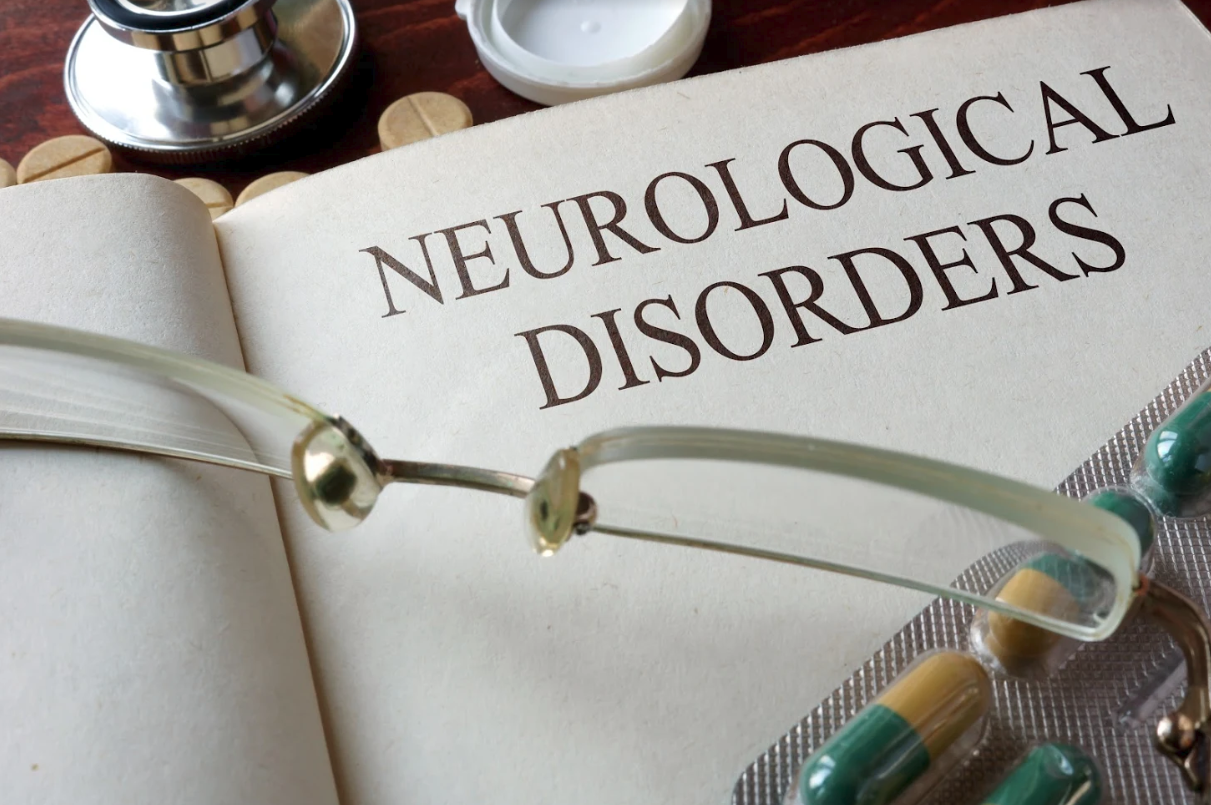 Typical symptoms which may indicate a neurological disorder include:

Although most headaches are brought on by stress, cold, or fever and generally do not pose a health risk, it may be the first indication of an underlying neurological problem. If a headache occurs frequently in an individual who does not have a history of migraines, it may indicate something more serious, like internal bleeding in the brain or a rise of pressure in the skull. These conditions are potentially life-threatening and immediate medical attention is necessary.

Neck and Back Pain

We also help many people that suffer from chronic pain in the back or neck as this can be associated with other neurological disorders like weakness, numbness and loss of bladder control. Sudden weakness or numbness of a particular area or group of muscles, especially if it affects only one side of the body, can be a sign of a serious problem like stroke and requires immediate neurological attention.

Sudden onset of weakness especially if involving one side of the body could be due to Stroke. The acute weakness which is progressing in days could be due to spinal cord problem or a brain tumor. Multiple Sclerosis can also lead to a progressive weakness. Sometimes a weakness could be associated with fever, altered sensorium, headache or neck pain. This warrant to rule out any brain infection. Slowly progressive weakness over months is usually due to a nerve or a muscle disorder which might need nerve conduction test or EMG. In any case, an urgent consult with a neurologist is sought.

Numbness and tingling can be caused by a number of medical problems. However, if numbness or tingling occurs suddenly, affects only one side or occurs in conjunction with weakness, the underlying cause may be neurological, such as a stroke. If the numbness worsens over time, it may indicate peripheral nerve disease especially if it is in “glove and stocking ” distribution.

Dizziness is another common symptom of an underlying neurological disorder. Nevertheless, there can be many other causes of dizziness and only when the dizziness is severe enough to be vertigo or disorientation does it require neurological consultation. Vertigo is generally caused by infection of the inner ear or fluid fluctuation in the inner ear. However, it could also be a sign of posterior fossa lesion, especially when it accompanies other sign and symptoms.

Seizures are generally associated with epilepsy, but all seizures do not stem from neurological disorders. Some may be caused by conditions like low blood sugar or alcohol withdrawal, and in such cases, the underlying cause needs to be addressed. However, if a seizure occurs without any known cause, you should seek an opinion from a neurologist as soon as possible.

A number of neurological disorders like Multiple Sclerosis, Parkinsonism and spinal cord injury can cause loss of bladder control. However, there are a number of therapies that may help to alleviate the problem and can be discussed with your neurologist.

If you are experiencing one or more of the above symptoms, we suggest you contact your primary physician or schedule a neurological consultation with one of our neurologists at your earliest convenience.

We have hand-picked a selection of videos that our patients may find helpful. Unless otherwise specified, these external links are not affiliated with, nor do they represent an endorsement by Dandenong Neurology & Specialists Group. 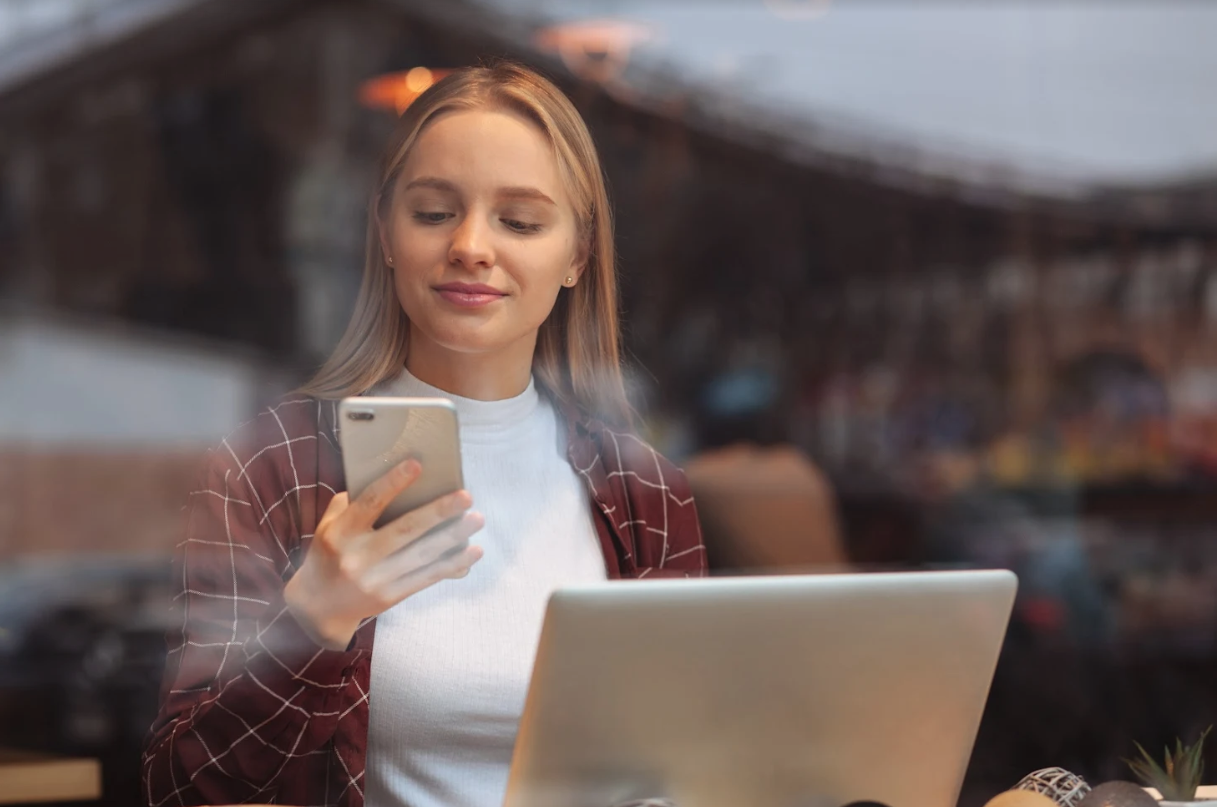 We have provided a collection of educational material to help our patients have a better understanding of neurological conditions and treatments. The information we provide is for informational purposes only and is not a substitute for seeking advice from a licensed practitioner. For conditions that are not listed below, please visit State Government of Victoria’s Better Health Channel

Back and Neck Pain

We have provided a few links to other websites that our patients may find useful. Websites listed on this page are not affiliated with Dandenong Neurology & Specialists Group, are provided for information purposes only and do not represent an endorsement. Please review our Patient Education material for more specific condition-related information.